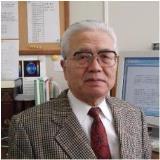 Toshimitsu Musha right after he retired from Tokyo Institute of Technology, aiming at developing new EEG analysis technologies for non-invasively estimating signal processing in the brain. The first target was prevention of the sudden death coming from the mental overwork of workaholic people. Eventually he has reached a new technique of reading a dynamic change of our mind. This technique expresses the emotional state as an emotion vector in the 4-D rectangular coordinate system spanned by four orthogonal sates: stress, joy, depression, and relaxation. This technique has been named ESAM for Emotion Spectrum Analysis Method. This is now widely used in industries for measuring the degree of satisfaction of users of their new products and for objective evaluation of our living environments. 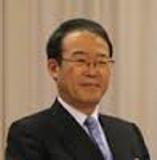 Eef Hogervorst did her Ph.D. at Maastricht University in age related cognitive decline and treatment at the Department of Psychiatry and Neuropsychology in 1998. She was subsequently employed at the University of Oxford (Oxford Project to Investigate Memory and Ageing, OPTIMA) as a neuropsychologist and epidemiologist and was awarded several grants and prizes for her research into early diagnoses and risk factors for dementia and cognitive decline. Eef did similar research as a Research Associate Professor at the Donald W. Reynolds Department of Geriatrics (ranked 8th nationally) of the University of Arkansas Medical Sciences and at the University of Cambridge (Department of Psychiatry) as Senior Research Associate, before taking on a Chair in Psychology at Loughborough University which is consistently ranked among the top Universities in the U.K. Eef has set-up collaborations with several large multi-centre observational and treatment studies for age related cognitive decline and dementia (EPIC NORFOLK and MRC CFAS in the U.K. and the H ABC, WHIMS and KEEPS studies in the U.S.A and a large cohort in Indonesia). She studies cross cultural clinical diagnostic accuracy of different types of dementias and has developed and validated a computerized expert system and cognitive test battery for this purpose with Dr Bandelow.  Eef is an elected member of the MRC College of Experts for Neuroscience and Mental Health, a member of the European Scientific Referee panel for the European Research Area in Ageing and is often asked to review research proposals (Alzheimer Association, NWO, SPARC etc) and papers in her field (Neurology, JNNP, Arch Neurol, etc). She was invited as a keynote speaker at several conferences (e.g. ICAD). At Oxford Eef was Somerville Junior Research fellow and Blasschko fellow at Linacre College. Eef is an elected young Fellow at the Royal Society of Medicine in London, Editor (Section Head) of the International Faculty 1000, on the editorial board of JAD and has over 100 international  peer reviewed publications.