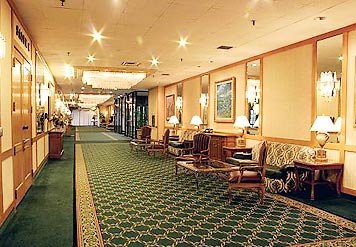 Canada is a country in North America consisting of 10 provinces and 3 territories. Located in the northern part of
the continent, it extends from the Atlantic to the Pacific and northward into the Arctic Ocean. At 9.98 million square
kilometres in total, Canada is the world’s second-largest country by total area, and its common border with the United
States is the world’s longest land border shared by the same two countries.
Canada is a federal parliamentary democracy and a constitutional monarchy, with Queen Elizabeth II as its head
of state. The country is officially bilingual at the federal level. It is one of the world’s most ethnically diverse and
multicultural nations, the product of large-scale immigration from many countries, with a population of approximately
35 million as of December 2012. Its advanced economy is one of the largest in the world, relying chiefly upon its
abundant natural resources and well-developed trade networks. Canada’s long and complex relationship with the
United States has had a significant impact on its economy and culture.
Canada is a developed country and one of the wealthiest in the world, with the eighth highest per capita income
globally, and the eleventh highest ranking in the Human Development Index. It ranks among the highest in international
measurements of education, government transparency, civil liberties, quality of life, and economic freedom. Canada
is a recognized middle power and a member of G7, G8, G10, G20, International Covenant on Civil and Political
Rights, NATO, North American Free Trade Agreement, Organisation for Economic Co-operation and Development
(OECD), World Trade Organization, Uniting for Consensus, Commonwealth of Nations, Francophonie, Organization
of American States, Asia-Pacific Economic Cooperation, and the United Nations.